Shashaa Kiran Tirupati was born on December 21st, 1989. She is a Canadian playback singer, songwriter, and music producer. She is popularly known as “The Humma Girl”. She received the Filmfare Award and the National Film Award in 2018 for her work on the Tamil song “Vaan Varuvaan” by Kaatru Veliyidai. With more than 3500 songs to her credit as a vocalist, Tirupati has recorded songs in more than 20 languages, including Tamil, Telugu, Marathi, Punjabi, Malayalam, Kannada, Bengali, Konkani, Arabic, and English. 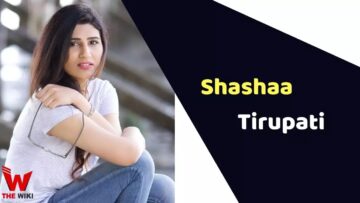