Sharry Mann is a Punjabi singer, writer, and actor from India. He is a 39 years old folk singer. He was born on 12 September 1982 in Mohali, Punjab in India. He is famous for his song 3 peg, this song is a hit all over the world this song was released in 2017.

Education:
He completed his school studies from Shri Guru Govind Singh Ji sr. sec. school, Sector 35 at Chandigarh. He graduated in civil engineering from Rode Lande College, Moga in Punjab. Since his college days, he has been extremely interested in singing and music.

Personal details:
His real name is Surinder Singh Mann. His father is “Balbir Singh” and his mother’s name is “Harmel Kaur”.He has one younger brother named “Navtej Singh Mann” and one elder sister named “Babbu”. And his wife’s name is “Parizaad Mann”.
His favorite singers are Babbu Mann, Miss Pooja and Gurdas mann. His hobbies are cookies, reading books, and music.

Music career:
He started his career with the song “Yaar Anmulle” in 2011. The song is a massive hit becoming one of the greatest hits of the year. In 2012, he released his second album “Aate Di Chiri”. Songs “Chandigarh Waliye”, “Sohne Mukhde”, “Bhul Jayin Na”,”Yenkne” were highly appreciated. In Dec 2016 his song 3 Peg was released and become the most popular DJ song written by Sudeep Sharma talu. This song got 750+million views on youtube.
And he made his acting career debut as an actor in 2013 with the movie “Oye Hoye Pyar Ho Gaya” but he didn’t receive any good response to his acting. His second movie “Ishq Garaari” was declared a successful verdict at the box office. then he did many movies like Marriage Palace. 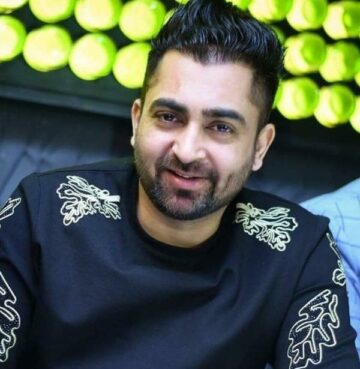