Shah Rukh Khan, also known by the initials SRK and born on November 2, 1965, is an Indian actor, producer, and television personality who primarily works in Hindi films. He is referred to as the “King of Bollywood,” “King Khan,” and the “Baadshah of Bollywood” (in reference to his 1999 film Baadshah) in the media. He has starred in more than 80 films and received numerous honors, including 14 Filmfare Awards. He has received the Padma Shri honor from the Indian government and the Ordre des Arts et des Lettres and the Legion of Honor from the French government. Khan has a significant fan base throughout the Indian diaspora and in Asia. He has been said to as one of the biggest in terms of audience and income.

As of 2015, Khan serves as co-chairman of the film production business Red Chillies Entertainment and its affiliates. He is also a co-owner of the cricket teams Kolkata Knight Riders of the Indian Premier League and Trinbago Knight Riders of the Caribbean Premier League. He frequently hosts television shows and performs on stage. Because of his numerous endorsement deals and business endeavors, the media frequently refers to him as “Brand SRK.” Through his charitable work, Khan has helped with health care and disaster assistance. In recognition of his commitment to children’s education, he received the UNESCO Pyramide con Marni award in 2011 and the World Economic Forum’s Crystal Award in 2018. 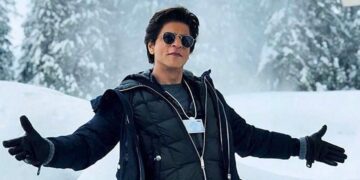