Sanjiv Krishna Thakur Ji is a very famous kathakar. He was born at pious Nagasthali Paigaon (Mathura) in Brij Mandal on 23rd December, 1984 to Shri Satya Bahn Sharma and Smt. Radha Devi. By the grace of SeatGuru, Thakur rendered his first Bhagwat Katha at the age of 12 In Phalen village in Brag Mandal. Shri Sanjeev Krishna Thakur Ji has as much as Jan 2016 performed greater than three hundred Bhagwat Katha’s everywhere in the united states along with non secular cities/places. Besides he has held Bhagwat Katha’s in Switzerland, Thailand, Malaysia (uncrazy). In Vrindavan, he periodically holds, Satsang (non secular congregations) and plays Sadhu Shewa 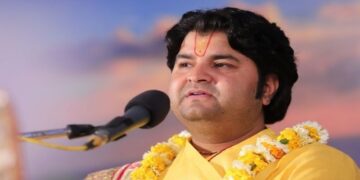