Saleem also known as Dr. Saleem Shahzad he  is an Indian singer from Punjab, India who is known for his work as a devotional singer and a playback singer in Bollywood films, like Heyy Babyy (2007),  Dostana and Love Aaj Kal (2009). He has also released several private albums of Punjabi, Hindu and Sufi music. Saleem was born as Saleem  (Saleem Shahzad), in Shaukat, near Jalandhar, Punjab.

He is the son of the famous Sufi singer Ustad Puran Shah Koti, who was also the guru of folk singers Hans Raj Hans, Jasbir Jassi and Sabar Koti , Diljaan. At the age of six Saleem also became his disciple and started learning singing.Saleem’s first album, Charkhe Di Ghook, was released when he was 10 years old.It was released on the label Sur Taal, created by his father’s friend, Manjinder Singh Goli, and went on to become a hit.

The songs sing by the famous singer Saleem 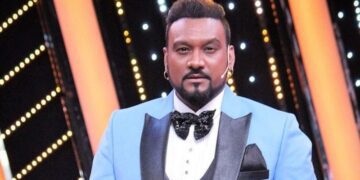