Sajid Ali Khan is an Indian musician, music director, and singer. They are famous as the pair of Sajid-Wajid. Sajid Khan has given hit songs in many Bollywood films with his brother Wajid Khan. Sajid Ali Khan was born in Mumbai. His father’s name is Ustad Sharafat Khan. His father is a tabla player. He has a brother- Wajid Ali Khan-who is a musician. Sajid has completed his early studies from Mumbai itself. He has completed his graduation from Mithibai College.

Sajid is one of the famous composers, music directors, lyricists of Hindi cinema. He has given his best music in many superhit Hindi films along with his brother Wajid Ali. Not only this, both the brothers have also done playback singing in many superhit films together. In films, Sajid-Wajid together, first gave music for Salman Khan’s film Pyaar Kiya To Darna Kya, after which they together as music director gave great songs for the film Hello Brother.

Apart from films, he has also appeared as a judge in the TV serial Sa Re Ga Ma Pa and composed the title song for the TV reality shows Bigg Boss 4 and Bigg Boss 6. 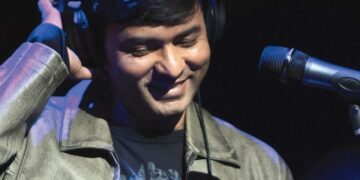