Ronkini Gupta is a Hindustani classical singer and playback vocalist who won Saregamapa World Series reality performance aired on Zee TV in 2004. She sang the critically acclaimed song “Rafu” in Tumhari Sulu (2017) for which she was selected for Filmfare Award for Best Female Playback Singer. She sang 2 songs in the 2018 from movie Sui Dhaaga for Anu Malik, “Chaav Laaga” with Papon and “Tu Hi Aham” which is her solo song in the movie. She is a Sangeet Visharad and her singing collection covers Khyaal, Fusion, and Bollywood. She has been the recipient of many honors such as the Saregamapa World Series, Doverlane National Merit, and Artist Aloud Award. She has functioned with elan on numerous stagings and has also toured the world with the Indian broadway show “Bharati” as the lead singer. Her collection of songs includes Mr. Ya Miss in 2005 and lent voice to Jai Maharashtra Dhaba Bhatinda in 2013, Aankhon Dekhi and Pyaar Vali Love Story in 2014, Hrudyantar in 2016, “Rafu” in Tumhari Sulu in 2017, “Chaav Laaga” with Papon and “Tu Hi Aham” as a solo song in Sui Dhaaga. Both the songs in Sui Dhaaga received across-the-board acclaim and firmly selected her as a noteworthy singer of her era. She is widely comprehended for her capability to superbly incorporates her classical training with modern musicality.

Ronkini lauds from Jamshedpur, the steel city of India. She partook in the 2004 edition of Sa Re Ga Ma Pa world sequel(earlier Sa Re Ga Ma Pa), she became the prizewinner of the competition together with Hrishikesh Ranade. Thereafter, she penned two songs for the movie Mr. Ya Miss titled “Kanha” for Sonu Nigam. her debut Bollywood playback was for the positively acclaimed film Aankhon Dekhi (2014), produced by Rajat Kapoor. She sang “Rafu” for Vidya Balan in Tumhari Sulu (2017) for which she was selected for Filmfare Award for Best Female Playback Singer. She was selected yet also in 2019 for Filmfare Award for Best Female Playback Singer for the chartbuster song Chaav Laga from Sui Dhaaga 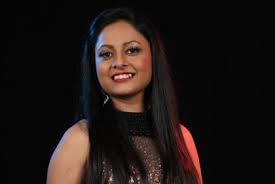