Rashi Sood is a Punjabi Female Playback Singer, Music Composer, and Lyricist from India. She was born on 8 December in 1994 in Ludhiana, Punjab in India. She has made a different identity in the Punjabi music industry in a very short period of time.

Education:
She completed her school studies at the local government School of Ludhiana. She took a bachelor’s degree in marketing management from Sri Aurobindo College of Commerce and Management of Punjab University, Ludhiana in Punjab. After being interested in singing and music she joined singing and music classes to learn Punjabi, traditional, and folk songs.

Personal details:
Her father’s name is Ashok Sood and her mother’s name is Rekha Sood. She belongs to a Sikhism family. Her family supports a financially stable family. Her father is a businessman in Ludhiana. She likes to hang out with friends and travel. Her favorite singer is Akhil (a Punjabi singer).

Music career :
She started her career in the Indian entertainment industry as a singer and music composer. She debuted in the Punjab music industry with the song of “Jean Di Gal” Female Version in 2014. After her first song, she got an offer to sing many Punjabi songs continuously. She sang one song with the famous singer Ammy Virk, the Punjabi song “Rakhi Soneya Ve” in the popular Punjabi movie “Bambukat”.
Some notable songs of Rashi sood are “Sajna”, “Izzat”, “Stupid”, “Bewafa Hunde Ne” and Dholna. 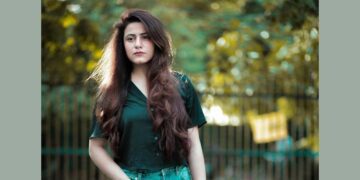