Ram Kumar lakha is an Indian Bhajan Singer from Uttar Pradesh who is a virtuous and best bhajan singer, He was born on 7 August 1983 in village Ahmedpur in district Gautam Budh Nagar of Uttar Pradesh. His father is Shri Brahmpal Singh Janmeda and his mother is Resham Devi. Ram Kumar Lakha ji had a passion for singing since childhood, he started singing in his school’s annual program in class 3 itself. Despite being so young, Ram Kumar Ji used to sing bhajans like an accomplished bhajan singer who often attracts people to him with his hymns. Ram Kumar Ji, considers music as a god in his life and has sung several thousand bhajans so far. 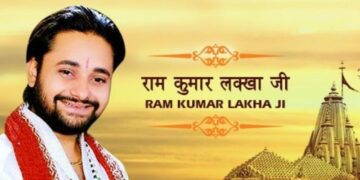