Rajkumar swami is an indian playback singer, songwriter and music composer.  He is famous for his Rajasthani language bhajans. He sang many bhajan songs on the lord Shri krishna. He is also a Great devotee of Lord shris krishna.

He was born in 1976, he is 46 years old till (2022). His birthplace is Sujangarh, Churu, Rajasthan in India.his father’s name was Ramdas swami.  His nickname is Bhajan raju swami, this name is given by his fans.

He didn’t go to school enough; he completed just 8th standard. Then he starts learning to sing. His favorite singers are Gulshan Kumar and Kishore kumar. He gets  inspiration from Gulshan kumar singing bhajan’s. He decided to start singing at his adulthood.

He released his first bhajan’s album named”Hariram ji ka parcha” in 1990. After he became very popular in the fields of bhajan’s singing. He sing many bhajan’s

“Maa Ki Mamta” and many more. 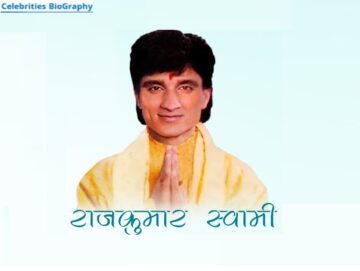