Svetha Yallapragada Rao was born on 11 January 1986, professionally known as Raja Kumari, is an Indian-American rapper, musician, and vocalist from Claremont, California. Kumari is well-known for her cooperation with renowned artists including Iggy Azalea, Fifth Harmony, Gwen Stefani, Knife Party, and Fall Out Boy. She is also renowned for receiving a musician, the BMI Pop Awards in 2016, and featuring on the BBC Asian Network program Bobby Friction on July 5, 2016.

Raja Kumari is born in Claremont, California to Telugu parents as Svetha Yallapragada Rao. Kumari carries a Bachelor of Arts degree in religious studies, with an emphasis on South Asian religions.

Her parents played a critical role in creating her Indian personality and taught her to become an Indian classical dancer who began functioning at the age of 5. In an interview with Rolling Stones, Raja Kumari said that she encountered tough and lonesome as a South Indian girl growing up in Los Angeles.

While in fifth grade, Kumari uncovered hip hop via the Fugees’ album The Score. By the age of 14, she was seen as a freestyle MC comprehended as “Indian Princess” (IP) or “Raja Kumari”. She is a familiar dancer in Kathak, Kuchipudi, and Bharatanatyam and had given many live concerts in Ravindra Bharathi in Hyderabad.

During her artist profession, she has donated to several philanthropic exercises via her meditation hall in Hyderabad for the Vegesna Foundation, a school for children with physical disabilities, and concerts including the creation of a hospital in Bangalore. As a result, Kumari has been acknowledged as a supporter by the Foundation for Indic Philosophy and Culture (Indic Foundation) and has been observed with the Kohinoor Award for excellence in the Classical Arts by the Governor of Tamil Nadu 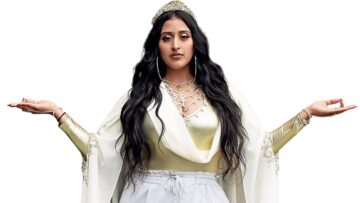