Raj Pareek is an Indian singer, songwriter & music composer, born on 31st March 1995 to Mahesh Kumar Pareek and Babita Devi Pareek, in a remote village called Sonthali in Rajasthan district. Just after birth, he moved to Kolkata. He found his singing skills at the age of 7 when he joined his father on stage for devotional songs, He turned his passion into a profession at the age of 15 and by then traveled all across India for stage shows, Raj Pareek completed his schooling from Shree Jain Vidyalaya (2013) and graduated in the year 2016 from St. Xavier’s college Kolkata he also professionally tuned up with the Harmonium, Piano & Guitar. He is also a well-known devotional singer, Live performer, and YouTuber. His singing skills are in Hindi, Punjabi, and Marwari languages. Raj Pareek is considered one of the most versatile singers in the Devotional Music. He is Fond of giving motivational and inspirational speeches, reciting Nazm, and Producing Music apart from Singing. Now he is all set for his YouTube ventures of latest cover songs and own Hindi compositions. 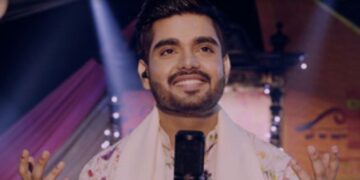