He made his debut as a Playback singer with the film Kuasha Jokhon (2018) and Meher Aali(2017). Raj Barman is a professional singer based out of the capital city of West Bengal, Kolkata.

He started singing at the age of 15 years. While he was singing the whole day at home his mother noticed that voice was too good.His mom recorded the voice and took it to guru Pintu Bhattacharya and his practice started.

Now Raj Barman is one of the Successful World Music Singers. He is ranked as a celebrity who is only 26. He presents Super hit romantic mashups in Bollywood & Bengali songs.

He has started Youtube Channel in the year of 2009 and got viral in the year of 2018. Which was 125 million views overnight on “New vs. Old 2 Bollywood Mashup” video with Deepshikha now it’s 115 million plus view. He has got “Best Playback Singer Telecine Awards” Bengali Male 2018.

Raj Barman hails from Kolkata, India. He was interested in music from an early age and started his music career from the age of 15 years. He went to Julien Julien Day School, Kolkata .

Raj Barman joined Youtube on Oct 3, 2009. Currently, he has uploaded 61 videos and more than 160 million views.

His July 2018 “New vs. Old 2 Bollywood Mashup” with Deepshikha Raina went viral and got more than 99 Million views and overnight sensation thus got the attention of youths in India and music directors. 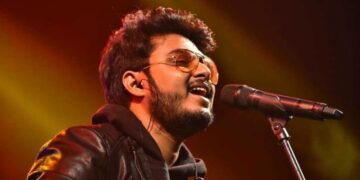