Priyanka Negi is a female Indian singer. She became famous from the reality music show Indian idol in the fourth season. She was the part of finalist contestants in  the fourth season of Indian idol. Her popular songs were “Chura liya” and “Teri Wahi Main Hun”.

She was born on 12 August, 1986, she was born in Dehradun and raised in delhi. She belongs to a music family. She started learning singing from New delhi institute of singing and starts performing singing show under the guidance of shri Anuradha pandey

She started singing from her childhood. But she became famous after being selected in the fourth season of “Indian idol” as a contestant. After becoming famous from the reality music show. To start her career in bollywood, she got a chance to sing a Muskurane Lagi in the album song of “Romeo n Bullet’ a soundtrack song. Priyanka negi some notable songs such as: 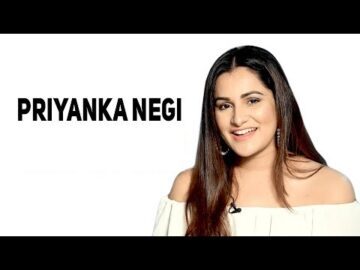