Preet Harpal is a Punjabi singer, model, actor, and vocalist from India. He was born on March 31, 1979, in Gurdaspur, Punjab, India. Preet Harpal has had a deep interest in music and singing since his childhood.

Preet Harpal’s real name is Harpal Singh. He belongs to a Sikh family. His father’s Name is Bachan Singh he is a former Indian army officer. He has 2 brothers named Narender Bains and Daljit bains. Harpal Singh is a married man but his wife’s name is not known. He has two sons named Kirat Bains and nidhan bains. His favorite singers are Kuldeep Manak and Kishore Kumar.

He started his music career with the album song of “Hasle Vairne Hasle” in 1999 as a playback singer in the Punjab music industry. His second album song was released in Begane Taan Begane Hunde Ne makes vocals for Sad Love songs. He became very famous after releasing his Punjabi song “lock up” in 2010. He made his acting debut with the Punjabi movie “Sirphire” in 2012. He sang many superhit Punjabi songs in his career these songs are “Munde Sardaran De” “Safar- Still on the Way” “Saturday Nights” “Bhagat Singh” “Goodbye”  “Bewafa”   “Pagg Wali Selfie”  “Kurta” and his recent album song is “College“ which was released in 2020. 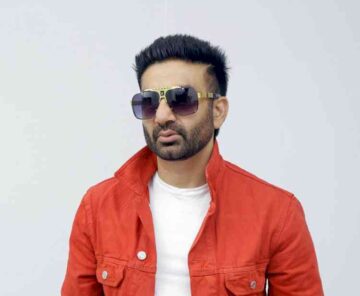