Pawandeep Rajan is a singer, he was born on 27 July 1996 in Champawat, Uttarakhand, India. Pawandeep is known for winning the famous reality show ‘The Voice India’.

She has participated in the singing reality show ‘Indian Idol Season 12’ (2020) as a contestant. Pawandeep has sung the song ‘Tere Liye’ from the film ‘Romeo en Bullet’ (2017). He has performed on the stage of the “20th ITA Awards”.He specializes in playing various instruments like ‘Drums’, ‘Guitar’, ‘Piano’ and ‘Tabla’. Pawandeep is the ‘Youth Brand Ambassador’ of Uttarakhand.

Pawandeep was born in Champawat, Uttarakhand, India. Her father’s name is Suresh Rajan, she has two sisters Jyotideep Rajan, and Chandni Rajan, mother and brother’s names under review.

He is not in any relationship. There were rumors that Arunita Kanjilal and Pawandeep are dating each other, but Pawandeep made it clear that they are just good friends.

In 2019 Pawan sang a devotional song (Shabd), “Diwali Di Raat”, and “Dastaan ​​– E – Miri Piri” for a devotional film. Pawan also got a break as a music director in the film Shree. Mahesh Manjrekar In 2020 Pawandeep auditioned for Indian Idol 12 and got selected among the top contestants. Pawandeep Rajan is a self-learned singer and composer. He wants to be a playback singer for Salman Khan, Ranbir Kapoor, and Akshay Kumar. In the year 2020, he participated in Indian Idol 2020 where he became the winner. After winning this show, he was given prize money of 35 lakhs, apart from this he was also given the winning trophy of Indian Idol 2020. 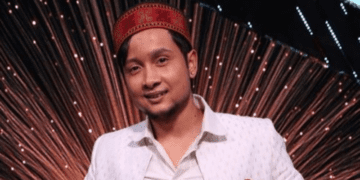