Osman Mir was born on May 22, 1974, in Valor, Kutch, state Gujarat, India. He will be 48 Years old in 2022. Usman Mir’s family was a lower-class family. His father was a Tabla player in Gujarati folk called Santwani and Bhajan. Usman Mir has been interested in music since his childhood. He began to learn Tabla from his father at a very young age and At the age of 13, he began presenting Tabla the stage on live occasions with his father. He started his career as Tabla player with Shree Narayan Swami.

Osman Mir is a famous Indian playback singer. Whose song has been featured mainly in Hindi and Gujarati. The beginning of the Tabla was just the beginning of Usman Mir. He kept learning the basic lessons of singing from his father and then he was officially trained by Guru Ismail Datar. Once in a musical concert on the auspicious day of Guru Purnima he went to play the tabla at the ashram of the venerable Sri Moraribapu.

The songs sing by Osman Mir 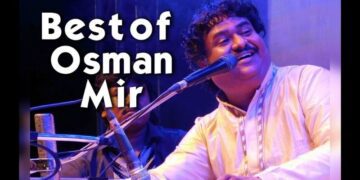