The Nooran Sisters, a couple of Islamic (Sufi) singers from Jalandhar, India, are Sultana Nooran (born 14 June 1992) and Jyoti Nooran (born 24 February 1994). They play classical music from the Sham Chaurasia Gharana, having come from a family of Sufi musicians. Their song “Tung Tung” was featured in MTV Sound Trippin of MTV India in 2012, which led to their public fame. Singh is Bling, a 2015 Bollywood film, used the song as its soundtrack.
2015 saw the debut album Yaar Gariban Da by the Nooran sisters. In the same year, they won their first significant prizes for the song “Patakha Guddi” in the movie Highway, including the Global Indian Music Academy Awards, the Screen Awards, two Mirchi Music Awards for “Upcoming Female Vocalist of the Year” and “Vocalist (Female) of the Year”), and the Global Indian Music Awards. For the song “Yaar Di Gali,” they won the Best Playback Singer (Female) prize at the 2017 Filmfare Awards Punjabi.

The Nooran sisters gained notoriety in 2012 with their song “Tung Tung,” which they performed as part of the talent quest segment of MTV Sound Trippin in India. Sneha Khanwalkar, a director and composer of Bollywood music, introduced them to the competition. Later, the song served as the music for the 2015 Akshay Kumar film Singh is Bling. Later that year, they performed “Allah Hoo,” a song that became a YouTube success, at MTV Unplugged and Coke Studio At MTV Season 2.
They released their debut album, Yaar Gariban Da, on September 2, 2015; it has five tracks and was made by MS Records. For the song “Yaar Di Gali” in the movie Channo Kamli Yaar Di, they won Best Playback Singer (Female) at the 2017 Filmfare Awards Punjabi. They were nominated in 2018’s Filmfare Awards Punjabi for Best Playback Singer (Female) for the song “Baajre Di Raakhi” from the movie Krazzy Tabbar.
In 2016 and 2017, they gave performances at the Dhaka International Folk Fest. They worked on “For Aisha,” which was included in the 2019 film The Sky is Pink and the 2022 Disney TV series Ms. Marvel, in collaboration with MEMBA and EVAN GIIA. Jyoti contributed music to Tamil movies including Paayum Puli (2015) and Bogan for the composer D. Imman (2017). I didn’t even know the language was Tamil, she said. I wrote the Hindi lyrics. I had to muddle my mouth in order to sing them. 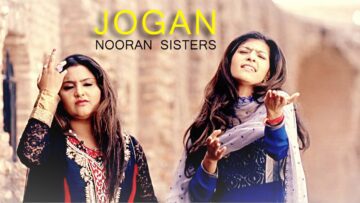