Nimrat Khaira is an Indian-born singer and actress that works in Punjabi- language music and films. She was born on 8 August  1992 in Gurdaspur, Khaira started singing in the third standard. She is the only child of her parents. She completed her schooling at D.A.V. Centenary School, Batala, Punjab. She graduated in biotechnology from HMV, Jalandhar, Punjab. Her full name is Nimratpal Kaur Khaira.

She was the winner of Voice of Punjab season 3. She gained fame after the release of her single “Ishq Kacheri”. She performed at Saras Mela, held in Bathinda. She hosted the third edition of Radio Mirchi Music Awards She started her film career in 2017 with Lahoriye, wherein she played the role of Kikkar (Amrinder Gill)’s sister Harleen Kaur. Her performance in the film was appreciated by the audience. She was also nominated for Best Debut Performance and Best Supporting Actress in different Award Ceremonies.

The songs are sung by the Nimrat Khaira 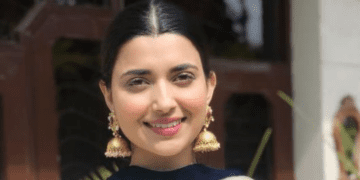