Nalini jaywant is an old Indian actress, singer. who primarily works for Hindi films. She was active in movies from 1946 to 1983. In between a lot of years, she was the part of many hindi films as an actor or as a singer.

Nalini jaywant was born on 18 February 1926 in Bombay, British India. She belongs to a musical family background. She was the sister of Shobhna Samarth, who was also a great Hindi film actress. But no more family details are known by anyone Except this.

She made her debut in Hindi film industry with the movie “Behen” in 1941. This chance is given by mehboob’s khan (Behen movie maker). She made her singing debut with the album song of “Adab Arz” in 1943.

After her first movie she appeared in many movies but didn’t get recognized in industry and did small roles in the film. But she became hugely famous with the movie “Anokha pyaar” in 1948. Then she got limelight with this movie.

and many more superhit movies.

She declared her retirement from her acting career in 1963, but she made a comeback once again after 18 years in 1983 with the film titled “Nastik”.

After serving the nation as a great Indian actress she left the world on 22 December 2010 at the age of 84 years. She died in Her bungalow. Mumbai. 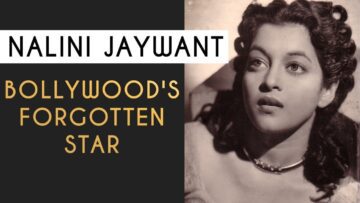