Miki Matsubara was one of the popular Japanese city pop artists, especially during the time of 1980s and 1990s. Her fabulous work is very popular among the Japanese people and still growing in the West.

She was born on November 28, 1959, in Osaka, Japan. She grew up in Hiraoka Town, Nishi-ku, Sakai, Osaka. Miki was only 3 when she played the piano for the first time. Her mother was also a musician, who used to sing jazz in a band. During her childhood, Matsubara developed a passion for music by watching her mother sing. That’s how she got the inspiration to follow this path.

While growing up, She began to grow more passionate about music. During high school, She started to play the keyboard for a small band. Besides music, She had also been a great student during her school time. Everybody in her family expected her to go for further study and would attend college after school. But she had already decided that she was going to pursue her dream of becoming a singer.

In 1977, without finishing school at the age of 17, she came to Tokyo alone to follow her dream of becoming a singer.

In Tokyo, she started singing and playing music with small bands in various places in Kanto.

The Japanese pianist Yuzuru Sera spotted her while singing and playing music in various places in Kantō like in the live music venue Birdland located in Roppongi, Tokyo.

In 1979, Matsubara got the chance to start her carer and performed some hit songs like her maiden song “Mayonaka no Door (Stay with Me)” which was covered by many artists, such as Akina Nakamori. This song became very popular and gained the rank of 28th on the Oricon Chart. Other popular songs of Matsubara were “Neat na gogo san-ji ” and “The Winner”.

After the popularity of the song “Neat na gogo san-ji”, She became the popular singer of her time and started getting a platform to perform at concerts, college festivals, etc.

Miki Matsubara in her career won lots of artist awards. Along with her singing career, she also formed her own band called Dr. Woo.

Matsubara also worked with International bands such as Motown jazz fusion group Dr. Strut based in Los Angeles. She later released a jazz cover album entitled “BLUE EYES” covering some popular jazz songs like “Love for sale”. A soft rock song “You’ve Got A Friend” written and sung by Carole King also covered by her.

Throughout her music career, Matsubara attained a great height by releasing 12 albums and 8 singles. Most of her famous work had been in japan, but she also achieved popularity outside japan as an anime singer and songwriter. One of her famous projects city pop made her popular overseas.

In the 1990s and onward, she mainly did work on anime soundtracks and music for commercials. She had made many famous anime compositions for the series Gundam.

She had worked for many singers by composing songs for them like Hitomi Mieno, but she gave her best to the singer and actress Mariko Kouda, for whom she composed many songs like “Ame no chi special” which got space in the five-minute music television and radio series Minna no Uta as a music video in 1997. It became popular by gaining the 28th position in the Oricon chart.

Matsubara passed away on October 7, 2004, at age 44 due to complications from uterine cervix cancer. 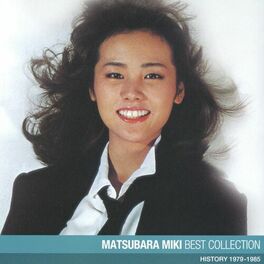