Meena Kapoor was a Female Indian Playback Singer. She was born in 1930 in Kolkata, west Bengal in India. Her era was 1940 to 1950 while during this long Period of time she sang a lot of popular hits songs.

Personal details:
Meena Kapoor is the daughter of famous Bollywood actor Bikram who Eventually worked with New Theater Studio Company. She was not unknown in the film industry, and her family was also related to great Hindi movie maker PC Barua.
Meena Kapoor get married to “Anil Biswas” in 1959 who was the great music composer in Hindi cinema. Actually, they knew each other for 10 years, they first met at the time of recording the song “Anokha Pyaar”.
Unfortunately, this evergreen singer has been suffering from paralysis for one year. She died in the morning at 10:20 at Kolkata on 23 November 2017.

Music career:
She had a singing talent from her childhood. Meena Kapoor’s talent was first recognized by composers like Ninu Mazumdar and SD Burman when she was very young. Her first song “Aath Din’ was released in 1946, and Music was given by SD Burman; this track was recorded by Ninu Mazumdar. After that when the song goes hit. She got her second song to sing the very next year in 1947, this song was composed by evergreen C Ramachandra song Named as “Aana meri Jaan meri Jaan Sunday ke Sunday”. she has sung many more tremendous hit songs in their life like- “Rasiya Re Man Basiya Re” from “Pardesi”, “Kuch Aur Zamana Kehta Hain” from the film Choti Choti Baatein in this song the music is composed by her husband Anil Biswas, ‘Kacchi hai Umariya’. All of these songs are very popular in their Time. 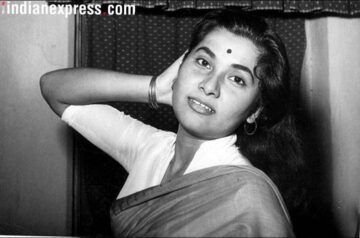