Born on August 3, 1981, Maniesh Paul is an Indian television host, anchor, model, singer, actor, and comedian. He began his professional career as an RJ and VJ before transitioning to acting, stand-up comedy, and hosting.

Paul was born and raised in Delhi, the son of a Punjabi family who had moved there from Sialkot and worked in the finance industry. He attended Apeejay School in Sheikh Sarai, New Delhi, for his education. After finishing his education, he earned his B.A. in tourism from the University of Delhi’s College of Vocational Studies. He then resided in Chembur, Mumbai, with his grandmother.

Later, he appeared on Ghost Bana Dost on channel Star One to play a ghost. In addition to Radhaa Ki Betiyaan Kuch Kar Dikhayengi on NDTV Imagine, Zindadil on ZeeNext, Ssshhhh…Phir Koi Hai on Star One, Wheel Ghar Ghar Mein and Kahani Shuru with Love Guru on Zee TV, and Kuchh Cook Hota Hai on 9X, Paul has appeared in other serials. He left daily soaps, though, since he found it unsatisfying, and in 2008, he was even unemployed for eight months.

Although he has previously had cameo roles in movies starring Akshay Kumar and Katrina Kaif, such as Tees Maar Khan (2010), Paul made his acting debut in Mickey Virus (2013) as the computer nerd Mickey, which was well praised. 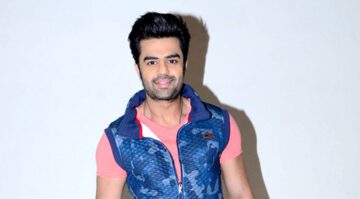