M.G Sree Kumar is an Indian playback singer, Music Director, Producer, and filmmaker. Who specifically works for the Malayalam cinema in India. He is famous because he sang in almost all Indian music industries Tamil, Telugu, Malayalam, Hindi, Bengali, and Kannada.

Personal details:
He was born on 25 May 1957. He will be 65 years old in 2022 at Haripad, in Alappuzha district, Kerala. He is the younger son of his p Malabar Gopalan Nair and Hathi ka exponent Kamalakshi Amma. he is the youngest member of his family .his wife’s name is
Mrs. M.G. Sreekumar. They will meet each other in 1988 at Thycaud Dharma Sastha Temple, Thiruvananthapuram, After graduation, they will come close as best friends and a few days later they decided to marry each other and they got married on 14 January 2000 at the Mookambika Temple, Kollur.

Music career:
Sree Kumar started his career in the Malayalam movie “Coolie” as a playback singer. It was directed by Ashok Kumar in 1983. Priyadarshan directed and Mohanlal starrer Malayalam movie “Chithram” is the first movie in which Sree Kumar sang all songs he worked all India all language music industries as music Director and music composer successfully. He was a judge in the reality music show “Idea Star Singer” – “Janmandharam” “News” “Rajavazhcha” “Indrajaalam” and “Appu”. all these are Malayalam movies in which Sree Kumar lent his voice.
Some Sree kumar hindi songs : “Hasta Hua” “Tu Hi Tu” “Jiya Jale” “Saat Rang”. 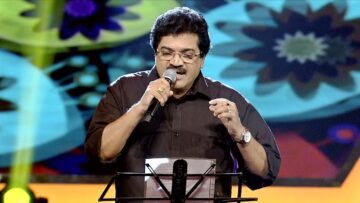