Laabh Heera is an Indian-Punjabi folk singer, musician, and songwriter. He was born on 2 June 1972 in Achanak village, Budhlada, District Mansa in Punjab. Laabh Heera is a prominent singer in the Punjab music industry. Laabh Heera is famous for his voice and personality. He has to be considered one of the best live performances in Punjab.

Education:
Laabh, completed his first 8th class from Government Elementary school Kulana, Mansa And he passed his 10th class from the senior govt. School in Budhlada. And passed his 12th class at Guru Nanak College of Budhlada. He used to participate in music shows during his studies and he won many music shows in his adulthood. After seeing his achievements, the national college of Bhikhi offered him a free admission to the College. Then, he accepted his offer and join National College, Bhikhi.

Personal details:
Dilbar Singh Dilbar is considered a music teacher of Labh Heera. He is famous for his live-performing music show. He is always ready to perform on stage. Once upon a time, he was performing on stage, and fortunately the Anand music company CEO Mr. Anand also was there. After seeing his performance, he was very impressed by Labh Heera. Soo, he offered to record an album song “Khadi Teshan Te Reh gyi” under the label of Anand music company. It was the debut song of Labh Heera in the Punjab music industry. This song got a very good response from the fans. After that, He was given back-to-back Superhit Songs. He recorded above 400 songs in his singing career, still continuing. Labh heera some superhits song are: 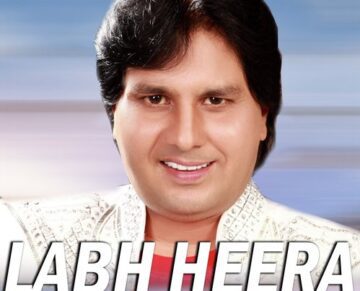