Krishna Beuraa is an Indian playback vocalist who has sung vocals in commercial Hindi and multi-language Indian regional movies and albums. Mainly comprehended for his hit songs “Maula Mere” from the film Chak De India, “Main Jahan Rahoon” from the movie Namaste London, “Rabba” (Musafir), and “Soniyo from the Heart” (Raaz-2). He can sing in 22 tongues including his mother language Odia

Krishna Beuraa is initially from Kusupangi, Banki, and Cuttack, nowadays living in Mumbai. His father Indramani Beura was an employee of the Indian Air Force who journeyed to various parts of the nation. He spent about 11 years in Chandigarh, graduated from GGDSD College, Sector 32, Chandigarh, and post-graduation from the Department of Indian Theatre (Panjab University Chandigarh). His mother Shushama Beura desired him to be a pilot or an engineer or a doctor.

From then on his voyage as a musician started in Bollywood. Since then he has sung different popular songs including “Inteqam” from Shaadi Mein Zaroor Aana (2017), “Chaska” from Badmaash Company (2010), and “Soniyo” (From the Heart) from Raaz – The Mystery Continues (2009).

In 2010, the famous Indian rock band Bandish cooperated with him for their second self-titled album. 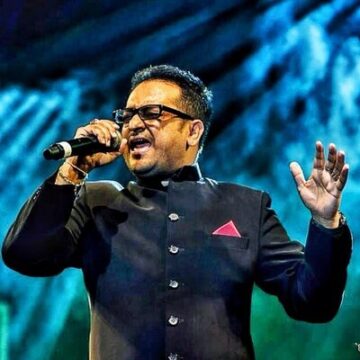