Kanwar Grewal is a Punjabi Sufi musician and Lyricist associated with Punjabi Music Industry. He was born in a Sikh family on 01 January 1984 and his motherland is Village Mehma Sawai, Bathinda, Punjab. He completed his schooling at Government Public School and his graduation and post-graduation from SBC College, Kotkpura, and Punjabi University, Patiala.
During his youth, he acquired an interest in harmony, and thus followed his curiosity and devotion to music.
He began realizing singing when he was in the 6th standard and offered his first stage concert during his school days.
Kanwar Grewal started his proficient singing profession in the year 2013 with the album “Akhan” which was an instant hit among the audience. 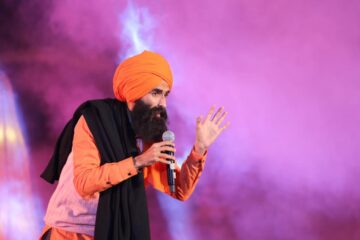