Kailash Anuj Ji is a renowned Bhajan singer, he is famous as Piyush Kailash Anuj. Piyush is his wife and both completed their master’s degrees from Delhi University and Kailash Anuj was a Gold Medalist. They are both together known as an Anuj couple. Kailash Anuj started his career with All India Radio(AIR) and Doordarshan and is awarded as A grade Singer and Music Composer. They got many awards for their singing such as Bhajan Rattan and Bhajan Mani by Bharat Vikash Perished and so many others. They performed several Devotional concerts all over India and abroad also, organized by either an individual or the government of India.

He has performed also in several parts of the world such as the USA, UK, Australia, and Canada, The ICCR(Indian Council For Cultural  Relations) has organized concerts in many countries like South Africa, Mozambique, Kenya & Tanzania – Zanzibar. His fan following is not only in India but also abroad too. 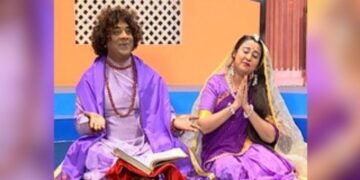