Jugraj Sandhu is an Indian- Punjabi singer and musician. He is famous for his song “Mere wala sardar” in 2018 under the grand studio music label. This song has 550+ million views on youtube at that time. He is very popular in punjab he literally has a huge fan’s base.

Jugraj Sandhu was born on 11 June 1993 in village Bhulath District “Kapurthala ” Punjab in India. He completed his mechanical degree from Lord Krishna college of engineering in Ghaziabad, Uttar pradesh. He is also dropout from B.A in music

He belongs to an Sikh family. His hobbies are Cricket, playing, Singing and Gymming.

After completing his mechanical degree. He started learning music in 2017. And just few months later he released his first album debut song “Daarha Saab” in 2017. But it became a flop. He came into the limelight next year with the name of the album song of “Mere wala sardar” in 2018 this being a huge superhit on youtube. He became very famous with this song. Some notable songs of jugraj sandhu are such as: 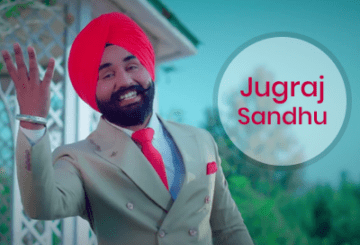