Jenny Johal is an Indian-Punjabi female playback singer and model from Punjab in India. She is 29 years old(in 2022) and was born on 18 April 1993. In Jalandhar, Punjab. She is a young, popular, and demanding female singer in Punjab. She is famous for his song “Dowein Nain” in the movie ‘Love Punjab”.

She completed his schooling at MGN public school in Jalandhar, Punjab. And she took her master’s degree in music vocals from Hans Raj Senior women’s college in Jalandhar. She also loves to play many instruments such as harmonium, guitar, sitar, sarangi, etc. Jenny Johal started learning music and traditional songs at the age of 4 from her classical music song Guru “Bhupinder Singh Ustad”.

She is famous for his sweet voice and loving nature. Her mother’s name is ‘R.K. Johal” (Fashion Designer). She has two brothers named Abhijot Johal and Azadbir Johal. Her favorite singers are A.R Rahman, Shakira, Shankar Mahadevan, and Vishal-Shekhar.

Her hobbies are Dancing, Cooking, and running. She’s a dog lover also.

She started her music career in 2015 with the song “Yaari jatti di” feat Bunty Bains. By her first song, She came into the limelight. Then year by year she gave many hits songs continuously. Some notable songs of jenny Johal such as:

“Do Dil”  and many more hit songs. 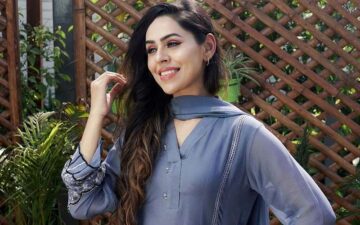