A member of the Punjabi Music Industry, Harpi Gill is a singer and lyricist. He was born in Ludhiana, Punjab, India, on December 25, 1992, to a Sikh family. She is roughly 5′ 6″ tall, has an older brother, and graduated from Chandigarh’s Panjab University.
Harpi Gill took part in the college’s culture and youth festival since she has liked singing since she was a young child. In 2017, she began performing with Tere Pind. Following that, she released a number of songs, including Jutti Da Number, Lathe Di Chadar, Kala Doriya, Kala Shah Kala, Pendu Jatt, Suhe Ve Cheere Valeya, Lethal Jatti, and many others. Her most recent single, Jhotey Yaar, features Kamal Khaira. 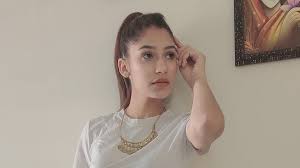