Hari om Sharan was born on 26 September 1932  , he was an Indian Hindu devotional singer and lyricist.  He devoted most of his career to singing devotional songs in praise of Sita, Rama, and Hanuman. As a Bhajan singer in the 1970s he recorded albums such as Premanjali Pushpanjali, and Daata Ek Ram. His bhajans namely ‘Tera Ram ji Karenge Bedaa Paar’, ‘Maili Chadar Odhke Kaise’, ‘Aarti Kunj Bihari ki’, ‘Aisa Pyar Bahaa De Maiyya’, ‘Shree Radhey Govinda’, ‘Hanuman Chalisa’, ‘Govind Jai Jai Gopal Jai Jai’ are very popular amongst devotees around the world. During his devotional recordings spanning over 35 years, he released over 20 Bhajan albums.

Hari Om Sharan was born in Lahore, now in Pakistan, on 26 September 1932. His family migrated to India, after the Partition of India in 1947.He became a professional singer in 1973, singing his first album for HMV. During a trip to Guyana, he met Nandini, a Hindu Indo-Guyanese woman, whom he later married, and settled down with in India. 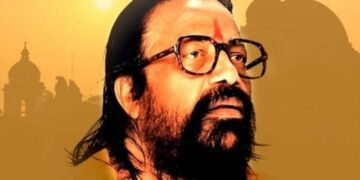