Guru Randhawa gets his name due to popularity, but in reality, his name is Gursharanjot Randhawa. He is a most famous Indian singer, music composer, and songwriter. Guru was born on 30 August 1991 in Jatt Sikh Family in Noorpur, Gurdaspur, Punjab. But Guru’s Family has its roots in Rurka Kalan, Punjab, India.  He has a brother Ramneek Randhawa.

Guru’s Favorite Singer is Babbu Maan. His favorite actor is Akshay Kumar. Guru’s favorite actress is Sonam Kapoor and Madhuri Dixit. Their favorite cricketer is Virat Kohli and M.S. Dhoni. He is very passionate about animals.

Randhawa learned music by listening to famous singers on T.V. He has started a singing journey in December 2012 with the song of “Same Girl”.In 2013 He launched his first album “Page One”. Guru has to his credit many hit songs like “Lahore”, “Tere Te”,  “Yaar Mod Do”, “High Rated Gabru” and “Ishq Tera”.

Guru has awarded by PTC music award for “Best Debut Male” in 2014 and “Best Duo Song” in 2016 for the song of “Patola” and Youth Icon Award by News24 in 2017. He has also awarded by Dada Sahib Falke International Film Festival Award in 2019. 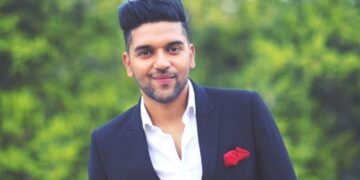