Gurnazar is an Indian singer, lyricist, and guitarist. He is from Kurukshetra in Haryana state and currently lives in Chandigarh. His full name is Gurnazar Chatta, He is 27 years old and born on 18 February 1990.

Education Details:
He completed his schooling at DAV school in Kurukshetra. And Passed a Graduate Degree in music from SD College from Ambala Cantt.

Personal life:
He comes from a Sikh family, but no more details about his family. He is not married yet he is single. About his personal life, He was very passionate about sports cricket, football, and skating when he was in school and in College. Firstly he was Passionate about skating more than music, He won 80 medals in skating which also include 3 world record medals in skating. But however Gurnazar hasn’t done skating for more than 5 years, the reason behind this is suspicious.

Music career:
Gurnazar Chatta is famous for his unique and beautiful voice. He got fame when his comedy videos got viral on social media and many platforms. Through his personal comedy videos, he got famous and soon Gurnazar and His seven friends decided to start their own band named “ Green Chorus”. Very quickly they got a chance to perform in the music reality shows they are participating in. As a result, the Green chorus was declared the winner of Channel V’s NOKIA India fest launch pad competition.

Alongside, Gurnazar developed an Interest in singing, also he wanted to record his first song for free. Luckily, he got a song for singing but he had no money for it. After taking the first song as an experience He started a youtube channel with his friends they started uploading their band videos and music video by recreating them. They got a great response from the audience. While getting a good response from a youtube audience gurnazar suddenly got an offer to make the recreating song on “Deewana” which is originally sung by Sonu Nigam under the tips music company. This was the great huge incident that happen to him. and became the turning point for him. 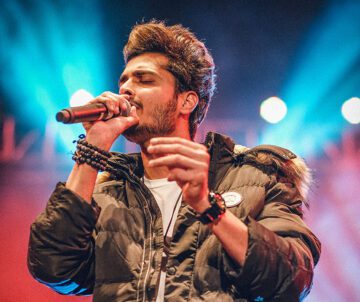