Gopi Sunder C.S. was born on 30 May 1977, in Kochi, Kerala. Sunder lived a large span of his childhood in Kochi. He wears different hats as he is an Indian playback singer, songwriter, music director, programmer, actor, and performer who has been working remarkably in Telugu, Tamil, and Malayalam film industries.

Most of the members of his family are working in the film Industry. As his father “Suresh Babu” owned a recording studio, His uncle was a successful actor and renowned Malayalam film director Ramu Kariya belong to his family.

Gopi Sunder, a native of Kerela, his passion for music sparked at an early age when he used to listen to the radio with his mother “Livi” and working his father’s recording studio.

In his school days, he was very passionate about playing tabla and keyboard more than his studies. Due to his parent’s support, he started pursuing his dreams after failing his SSLC exams. He was so enthusiastic to make his career in music that he came to Chennai, where he started learning music by taking up classes at the Government Music College, but later he left the course in between.

Gopi began his professional music career as a music composer by composing music for television and has created nearly 5000 jingles.

He has been associated as a keyboard programmer with many famous music directors such as Vishal- Shekhar. For his exclusive soundtrack albums and film scores, he has earned many accolades such as a National Film Award, a Kerala State Film Award, and two Filmfare Awards South. He was launched as a music director with the release of the musical drama ‘Notebook’ in 2006.

Gopi Sunder married Priya and the parents of two children Madhav and Yadhav but their marriage could not last long, both got separated later in life. Sunder lived with singer Abhaya Hiranmayi after entering into a live-in relationship. According to him, they lived together for 9 years. On May 26, 2022, he revealed using social media that he and singer Amritha Suresh are in a relationship and shared a picture of both of them together on social media platforms.

Gopi, the intense and perfectionist music director of the music industry, has been part of more than fifty movies as a music composer to date. In 2014, he got the opportunity to compose the songs and background score for the Malayalam movie “1983” and the movie provided him with the National Award. Providing it a good rating of 3.5 out of 5, the film critics also praised the film. The movie proved to be valuable for everyone as his debut director also bagged Kerala State Award in the genre of the best debut director. Besides, the movie also earned two more awards in the class of best & second best actor in the same award ceremony in 2014.

Gopi is a multi-talented personality. while working as a music composer and writing songs, he gave his voice to many songs in Malayalam Movies. The movie, “Ustad Hotel” for which he created the background score, got him new heights of fame as the greatest composer in the industry.

He got the first opportunity on the musical platform to arrange the Keyboard for the song “Aakhon Mein Teri” the first film for Deepika Padukone “Om Shanti Om” featuring the king of Bollywood, Shahrukh Khan & Deepika Padukone, daughter of famous tennis player Prakash Padukone in the lead role. 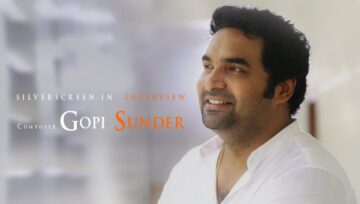