Goldie Sohel is an Indian Punjabi Singer, an independent Musician, and a great Lyricist. Sohel was born at Guwahati, Assam, India on June 11, 1993, and aged 26 years, 10 months, and 21 days. His mother tongue is Punjabi, also well versed in Hindi, English, and Assamese. As a Playback singer Goldie has worked in several Bollywood films. Films like Dolly Kitty, Those Twinkling Stars, and Eidi are some remarkable ones in his career.

Goldie Sohel was born and brought up in Assam, his music career is not as surprising as coming from a musician’s family. His father is Goldie’s role model, as he is also a singer and songwriter, and has produced several religious albums, similar to Yesudas.

He dreamt to be an Independent musician since his childhood. From high school, he owned a music group (band) named Sukoon and won the recognition of composers and singers in the industry. The first biggest Debut and Break to Sohel is after releasing, the Nai Jeena’s song, with the support of Artist Originals JioSaavn, and the platform has received more than 5 million views. 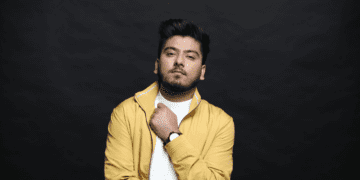