The village of Gokul Ji Sharma is a small village in Begu tehsil in Chittorgarh district of Rajasthan, whose name is Gorai, lives there. And here Gokul Sharma was born. Gokul Sharma was very fond of music since childhood and in 2004, when he cycled after him, then he used to go to that program in a nearby village, and he used to sing some small fat in it. He became a singer.

The popular songs sung by the famous singer Gokul Sharma 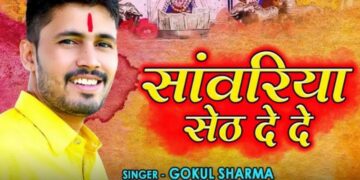