Geet Sagar is a playback singer, vocalist, and songwriter. He also does live-performing shows. He is 38 years old (24 Feb. 1984) born in Gwalior India And currently stays in Mumbai.

Personal life:
Geet’s father is from Gwalior. There are four members including him in their family. His father, his mother, and his younger brother. Geet married in 2016 to sumedha kamhare (she was a contestant in sa re ga ma pa music show in 2007) after two years they got divorced each other.

Education:
He completed his schooling at Kendriya Vidyalaya in Gwalior. And get Graduate Degree from Madhav college in vocal music History and Hindi Literature. After that, he shifted to Mumbai to complete study in journalism and in mass communication.

Musical Career:
Sanjay delve trained geet Sagar as a mentor in Indian classical vocal music. after he decided to go to France to get more knowledge about singing from France vocal mentor Gilles Denizot.
He’s got his first official original song in the movie named “Nautanki shala” as a playback singer. Under the music director, Anand Milind and Mikey McCleary directed the music respectively Song name “Dhak Dhak” and “Dramebaaz” which was released in 2013. This Rohan sippy film. After the hit of the first song, he got many more opportunities in the film titled such as “ Jagga Jasoos’, ‘The Tashkent Files, and ‘Babumoshai Bandookbaaz’ among others. 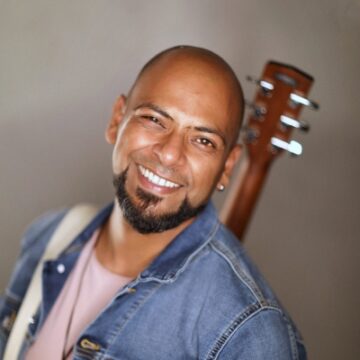