Gajender phogat is an Indian singer, especially a Haryanvi singer, Model, and actor. He was born on 28 February 1977 in the village malikpur, Jhajjar, Haryana in India. He is the only and first Haryanvi singer to perform outside India(Australia).

He completed his schooling at his hometown government Public school. He passed his Graduation with M.A in physical education from C.R.A. College.

His hobbies are singing, riding and Gymming. His wife’s name is Seema Phogat and they have a blessed son named Aarnav Phogat.

Punjabi famous singer “Gurdaas Maan is the mentor and music teacher of Gejender phogat. From 1994, He sang songs in the Haryanvi music industry. But he has been interested in singing since his childhood. Since then he has sung a lot of album songs, and He is very popular with Haryanvi music fans. His first debut song in Bollywood was released in the 2015 film “Guddu Rangeela” song named “Mata ka Email’. He gives many more hit songs to the Fans. Such as “Balma Powerful” “Khaat” “Khet Mein Baat” and “Suit Palazzo”. 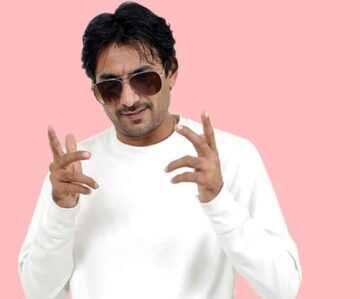