Farhan Saeed Butt is an actor, music video director, businessman, and singer-songwriter from Pakistan. Saeed is the owner of the Cafe Rock eatery in Lahore and the former lead singer of the Pakistani band Jal. He is an Urdu singer. Saeed started acting in 2014 and became well-known for his roles in the Hum TV series Udaari (2016) and Suno Chanda, in which he also starred (2018).

He was born into a Punjabi Kashmiri family. Both his parents are rehearsing doctors. A music fan from the very start, he used to listen to Critical Signs and Junoon and centered his music around pop, and at times residents. In his teens, he took A-Level from Keynesian Institute of Management and Sciences (KIMS) and then enlisted in Computer Sciences at the National University of Computer and Emerging Sciences, after which he found his coming band members in Atif Aslam and Goher Mumtaz. The band took off and became famous across Asia. In 2011, reports shattered out that he had parted ways with Jal, which left his fans shocked. He pursued a solo career and became a familiar featuring in Bollywood. Saeed opened Cafe Rock restaurant at Hussain Chowk, situated off the M. M. Alam Road, Gulberg, Lahore. The restaurant’s theme is in an identical vein to that of the Hard Rock Cafes, providing underground bands and young aspiring artists with a platform to launch themselves and perform in front of an audience. He married Urwa Hocane on 16 December 2016.

In September 2011, in a sole interview with The Express Tribune, Saeed surprised the fans by declaring that he has left Jal to pursue a solo career despite Goher Mumtaz offering him to continue his solo career while being a part of Jal. On 8 September 2011, Saeed’s leave was confirmed by Jal’s guitarist Goher Mumtaz who wished him luck for his solo career. He did a collab with Aima Baig, Adnan Qazi and Bilal Saeed for his super hit song “Na cher Malangaan nu”. His recent song was with Hania Aamir for Asim Hofa which was directed by Qasim Ali Mureed.

He made his Bollywood-singing breakthrough in 2014, by donating a song to Vikram Bhatt’s Creature 3D. The song, Naam-e-Wafa, is an idealistic duet with Indian singerTulsi Kumar as the co-singer and Mithoon as the composer 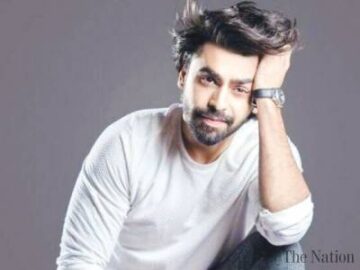