Frahad samji is an Indian music composer, film Director, singer and lyricist who works in bollywood industries. He was born on 5 May 1974 in Mumbai, Maharashtra, india. He is also famous for his directing of movies like: Housefull 3 (he directed with sajid) Housefull 4. And Bacchan pandey solo directed. His upcoming movie is “Kabhi eid kabhi diwali”.

His partner and elder brother is named Sajid Samji. He is also a popular film director and movie maker. Farhad samji is married to Zukhruf Samji and together the couple is blessed with a son named “Asif Samji”. He loves fishing and making music.

He started his career as a lyricist in 2002, with his brother Sajid samji. They are also known as Duo of  sajid-farhad samji for music composers. Then he started writing dialogue for the film, shiva is the first movie he made debut as dialogue writer. He contributed as many roles in many in bollywood movie such as:

He wrote the dialogue for “suryavanshi”, “bhool bhulayia 2” punjabi “singham”  and many more.

He got Nominated at Producers Guild Film Awards for Writing Dialogue for the movie Singham in the 2019 film. 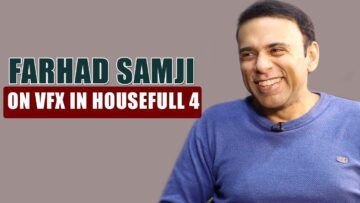