Falak Shabir is the most popular Pakistani Singer. He was born on 27 December 1985 in a Middle-class family in Karachi, Pakistan. He is the son of a Businessman. He was married to Sara Khan (Actress) on 15 July 2020. His Favorite singer is Abida Parveen.
Falak started the music at a very low age. He started learning guitar at the age of 12. He has performed at various National and International concerts.
In 2008, Shanir made his singing debut by releasing his single track “Rog” he was a big hit.
He has sung many songs with Indo and Pak collaborations. 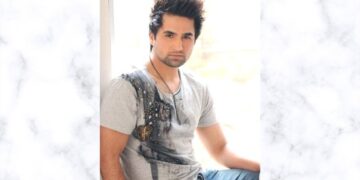