Emiway Bantai’s real name  is Bilal Shaikh Emiway Bantai is a singer, songwriter, dancer and music composer.  He is famous for his hard-core rappers on youtube. He has his own you tube channel where he uploads his song and rap music, it has more than 3 millions subscribers on youtube.

He is 26 years old, born on 13 November 1995 in Bengaluru, Karnataka, India. His favorite singers are “Arijit singh” and “Atif aslam” and favorite rappers are eminem, token. He also loves playing football and dancing.

His first song was released in 2013 ‘English single song named “Glint Lock” ft. Minta and first Hindi single song named “Aur Bantai” in 2014.  He made his bollywood debut with the song “Asli hip hop” for starrer “Ranveer singh” movie in 2019. He become more famous by releasing this song. He gave many superhit songs year by year. His songs are “Bahot Hard” “Khatam Bantai” “Samajh Mein Aaya Kya” “Mera Bhai Mera Bhai” “Maa Bantai” he also collaborated with Great cricketer Chris gayle for the song of “jamaica to india”. And many more rappers songs. 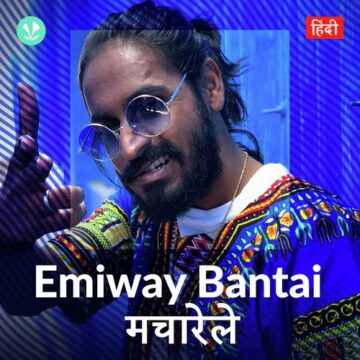