Chitra Singh is an Indian ghazal vocalist. She alongside her spouse Jagjit Singh drew the ghazal genre out of the drawing-room of the nobility and brought it to the masses. Respectfully comprehended as the “king and queen of the Ghazal world,” the hubby and wifey duo began some of the most thriving Indian music of the 1970s and ’80s

Chitra was born as Chitra Shome into a Bengali Hindu home. After finishing her education, she was wedded to Debo Prasad Dutta, an executive in a leading advertising agency, in a match that met with the full blessing of both families. Debo Prasad was a Bengali like herself, belonged to her own society, and hailed from an alike family. The marriage was held in the mid-1950s, and the partners became the parents of a daughter, Monica, in 1959.

While still wedded to Debo Prasad, Chitra met the dapper and highly proficient Jagjit Singh, at that time a struggling singer. Jagjit Singh was of Sikh origin and called from Sriganganagar in distant Rajasthan. They first encountered at a recording studio in 1967, by which time the marriage of the Duttas was already under stress for unfamiliar reasons. Chitra found comfort in Jagjit and says she was much taken by his ‘caring’ personality. In 1968, Chitra finally left her husband, took her 9-year-old daughter with her, and began living individually. In 1969, she divorced her hubby, assured custody of Monica, and married Jagjit Singh. The affair, the divorce, and the marriage were utterly hateful to their families, and the couple was to have little contact with their kin thereafter. Chitra and Jagjit evolved into the parents of a son, Vivek. Professionally, the partners began a ghazal singing duo and the couple attained great success.

Vivek died in a street mishap on 27 July 1990, which was a horrific shock to his parents. Chitra has never sung in the crowd, or recorded any song, since the day her son died. More grief was in store. Her daughter from her first wedding, Monica first fell in love with Jehangir Chowdhary, a Muslim and an award-winning cinematographer by profession. They were married in 1988 and became the parents of 2 sons. In 2005, Monica divorced him and wedded British national Mark Houghton Roger Atkins, the managing director of a corporation based in Vikhroli, Mumbai. In 2007, Monica pointed out a case of harassment against Atkins. In 2008, a magistrate issued a non-bailable summons against him, but he had already flown the country. In 2009, Monica, age-old 50, perpetrated suicide. She was survived by her two sons, Armaan (17) and Umair (12). Two years after this tragedy, Jagjit Singh died of a brain hemorrhage in 2011. Chitra now lives with her 2 grandsons. 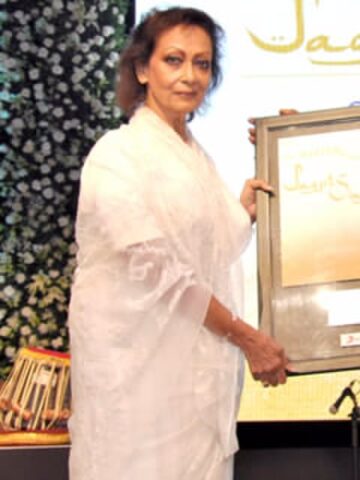