A percussionist, musician, and songwriter, Charu Hariharan is a multi-faceted performer with a musical family. Born in 1989 in Kerala, India she began comprehending South Indian Classical music originally from her grandfather Sri. Bhagavatheeswara Iyer and thereafter from her mom and well-known musician, Dr. B. Arundhathi.

Her parents found her affection for tempo in childhood and she began comprehending Mridangam beneath her guru Sri. Mannarkoil J. Balaji from the age of 10. She was the first woman to win the CCRT scholarship for Mridangam and began functioning in shows at the period of 14. She began touring abroad in 2005, escorting her mom on Khanjira (south Indian frame drum) for a term in Lagos, Nigeria. Since then, she has stood collaborated with different artists around the world. She played mridangam and khanjira in the quartet called ‘O! Shakuntala’ directed by Master Slide Guitarist and Grammy Nominee Pt. Debashish Bhattacharya. In that exact year, Charu also acquired a scholarship to partake in the global music camp in Sweden named the ‘Ethno Sweden’ and she was one of the 6 players among 110, and the first Indian to be selected for the ‘Ethno on the Road’ concert series. She was invited to participate in a Youth Music Exchange Project in Sweden in 2012 and was taught by the Folk Music Maestro Ale Möller. She is an associate of the World Folk Ensemble band ‘Varldens Band’ consisting of 14 singers from 6 other countries and have been traveling considerably in Sweden, Norway, Denmark, UK, and Scotland since 2013. The band has been selected twice for the World and Folk Music Awards, Sweden. 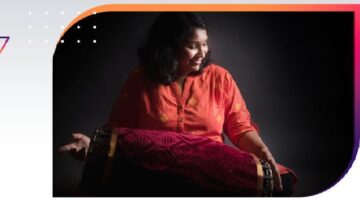