Bohemia is a famous Punjabi Rapper. He was born on 15 October 1979 in Karachi, Pakistan. His father worked in Pakistan’s International Airlines. His childhood was spent in Lahore and Peshawar. After spending his childhood in Pakistan, Bohemia shifted to New York, USA with his family at the age of 14. He has been a music lover since childhood. He loved classical music and doing shero poetry. Apart from this, he also used to write songs in Punjabi and Urdu. He moved to California with his family when he was 14, and his father had gifted him a “keyboard” there, which taught Bohemia to make music. He is also known as the “King of Rap”. Apart from being a rapper, he is also a musician and singer. He writes his own rap and also converts his poetry into rap.

Whom we know by his stage name “BOHEMIA”. Bohemia released his first Punjabi rap album “VICH PARDESAN DE” in 2002, after which he had the distinction of being the first “Punjabi Rapper”. Apart from this, he is also called “INVENTOR OF DESI HIP HOP”.

Later He made an album named “VICH PARDESAN DE” about his struggling life. This album was launched in 2002 and was very much liked by the people. And this album made its place in the top 10 of “BBC RADIO UK”. Now Bohemia was becoming increasingly famous. His real identity in India came when he released an album named “PESA NASHA PYAR” in 2006 in association with “UNIVERSAL MUSIC GROUP”.This was the first Punjabi album to be launched by an “international level”. Just from here Bohemia never looked back. And then in 2009 released his third album named “DA RAP STAR”. Which was nominated for “UK ASIAN MUSIC AWARD” and “PTC PUNJABI MUSIC AWARDS ”. In 2009 itself, he went to different countries and did many concerts, and then while stepping into Bollywood, he also sang the title tag of “Chandni Chowk TO CHINA”.

Since then, I continued to spread the magic of my voice in many films. Then in September 2012, he released his fourth album “Thousand Thoughts” which won “PTC PUNJABI MUSIC AWARDS”. In 2017 FEBRUARY  He launched another album “SKULL AND BONES: THE FINAL CHAPTER” with “T Series”. 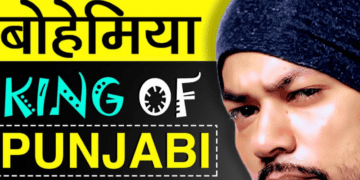