Asit Tripathi is an Indian film Singer, who has worked predominantly in the Kannada movie industry. Asit has worked in popular movies like Pagle Aazam, and Half Mentlu. Asit’s previous film to hit the theatres was Pagle Aazam in the year 2020.

Asit considers himself lucky to have got a break in the Bollywood movie and find a place on the list alongside several famous singers who have also lent their voices.

“I am happy that after four years of struggle in Bombay, I got a break in the industry. My hard work has paid off. I hope listeners will like my song and continue to extend love and support which will act as encouragement for future projects,” Asit Tripathy told OST in an exclusive interview.

The young singer has sung ‘Tu Banja Gali Banaras Ki’ which is being liked by people.

His musical sojourn began with auditions for music reality shows. He fared well on national television. The versatile singer was among the finalists in Indian Idol Season 5 in 2010. Besides, he was also in the top five contestants in the SAMSUNG [V] SUPER SINGER judged by AR Rahman, Adnan Sami, and Himesh Reshammiya. 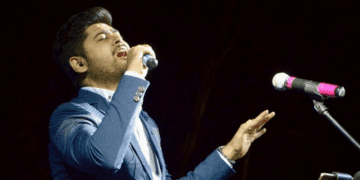