Anwar Hussain (born 1 February 1949), known popularly by his first name Anwar, is an Indian playback musician who grew to reputation in the Hindi playback industry because of the uncanny similarity of his melodies with that of musician Mohammed Rafi.

Anwar created his debut as a playback singer in the movie Mere Gharib Nawaaz (1973) and the music producer who gave him this break was Kamaal Rajasthani. Music Director Kamal Rajasthani depicts that during the sessions of the song “Kasme Hum Apno Jaan Ki” for this movie, Mohammed Rafi was so engraved that he expressed Anwar as the one musician who could take his position after him. Undoubtedly, the performance of that song shows assurance, but the movie, flopped very poorly at the box office and the songs also did not get hyped with the audience. 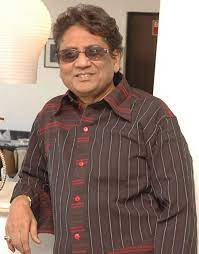