Anwar rafi real name is Anwar hussain better known as Anwar is an Indian famous Male Playback Singer and songwriter in bollywood. Anwar rafi and mohammad rafi’s voices are very similar. Some people think that they both are one person, but actually it’s not.

Anwar rafi was born on 1 February 1949 in Mumbai, Maharashtra in india. His fathers “Ashiq Hussain sahab” was also an classical singer and great Harmonium player. Who was an assistant director of great musician “Ghulam Haider” Anwar’s father had two mariage. Anwar’s mother’s name was “Ranjhana Sachdeva” Ashiq’s first wife; from her he had two kids “Anwar” and Anwar sister “Asha Sachdeva”. And from his second wife he has one kid Named Arsha Warsi (Indian actor). Basically Anwar is a half brother of Arshad warsi.

At a very young age Anwar started classical and traditional singing trained by Mahendra Kapoor along with Ustad Abdul Rehman Khan. he loves listening to Mohammad rafi songs. At his starting career he sang the songs of Mohmmad rafi as needed for his practice. After listing his voice he was noticed by Kamal Rajasthani who gave him his first bollywood music song as a professional.

Anwar started his music career with the song “Kasme Hum Apno Jaan Ki ” from the movie “Mere Gharib Nawaz ” in  1973. Great music director Kamal Rajasthani gave him a break in his music career. But this song became a flop with fans.

He came into the limelight in 1977 when music director Rajesh roshan gave him two songs to continue “Teri Aankhon Ki Chahat”, and “Humse Ka Bhool Hui” both of these songs became superhit and anwar got recognition in the industry. After that he songs many superhits songs such as: 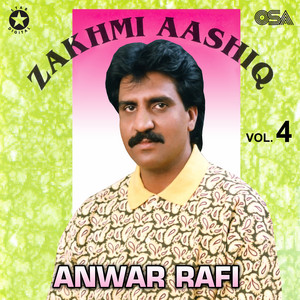