Anupama Deshpande is a Bollywood playback musician who has succeeded the Filmfare Award for Best Female Playback musician for her folk music”Sohni Chinab De” in the movie Sohni Mahiwal (1984). 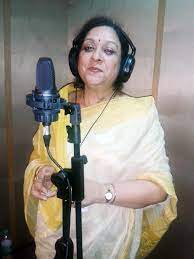